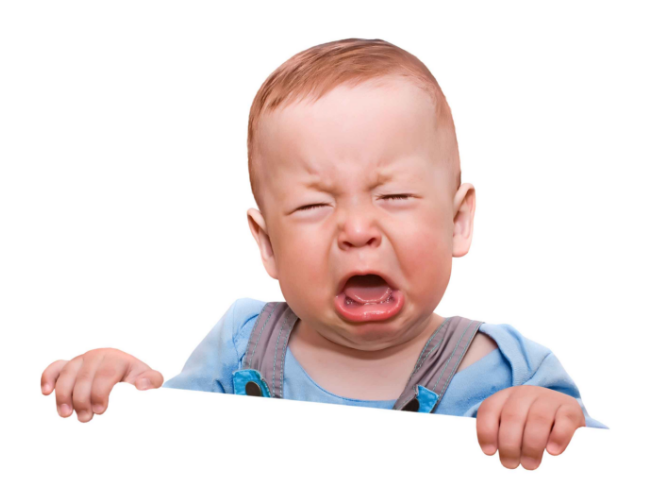 What’s a good way to deal with tantrums?

Don’t Give Them An Audience

One thing that helped me when my daughter went through this phase was to make sure she didn’t have an audience for her tantrum. I’d put her in her room. If she screamed for an hour, she screamed for an hour; I would not enter the room or call for her to be quiet. Eventually, she would tire out. At first she would try to come out of her room, but I would pick her up and carry her back. The first time she came out, I’d say, “Stay in your room until I give you permission to come out.” If she came out after that, I would simply pick her up, carry her to her room and place her there without saying a word or giving any sort of facial expression to indicate my frustration. Sometimes it took several times, but eventually, she learned that I could be more stubborn than she is and she gave up.-Maggie

Talk Him Through It

It’s hard for children to understand at this age, but they need to learn that they can’t always have what they want. My 19-month-old has thrown some horrible tantrums. He doesn’t hit or try to hurt me, but he will try to push me away. He gets extremely distressed – there’s nothing fake about it. I’ve found that he’s usually upset because he is trying to get something across to me that he just doesn’t have the words for yet. Most of the time, if I talk to him calmly and start going over things with him, I hit on what he’s trying to communicate and he lets me know that I got it right. Then I go over the word he needs, over and over, until he starts trying to repeat it to me. Sometimes I just can’t let him do or have what he wants and he still gets upset, but not for nearly as long as he would have. At those times that I can’t please him, I tell him why he can’t have or do what he wants, and leave it at that. – Sarah S.

Your son is at an age where he wants to be independent, but physically he just isn’t able to. Try letting him take part in some of the decisions you make for him, like picking out his clothes or which veggies to serve with dinner. If you don’t want him to be totally in charge of these things, let him pick between two choices that you find acceptable. This will make him feel as if he has a voice and some control over what happens to him. Under age 2 is still kind of young to understand what a time-out is, but a minute to cool out can be very effective. – Jessica H.

When it comes to toddler tantrums, one of the most important things to remember is that children are born with a limited ability to control their emotions, especially when they are upset. “They are like tiny cavemen,” says Dr. Harvey Karp, creator of the book and DVD “The Happiest Toddler on The Block.” “We have to teach toddlers how to be civilized and handle their emotions.”

Dr. Karp discourages time-outs for tantrums. “You may need to punish a child’s behavior, but emotions shouldn’t be punished unless the child is being disruptive or aggressive.” Instead, he encourages parents to speak “toddler-ese” to help their little ones navigate through the tantrum. This means speaking like your toddler – using short phrases and repetition, and mirroring the child’s tone of voice and gestures to acknowledge the emotion. Most important, don’t distract, yell or talk overly calmly to the toddler in the midst of a meltdown. “Just like adults, toddlers have a hard time recovering from their upsets until their feelings have been acknowledged,” says Dr. Karp. Talking calmly could frustrate a child, because it does not effectively communicate that you are acknowledging his feelings.

If a toddler continues to tantrum, practice the ‘kind ignore” – after you speak toddler-ese, step away for a few seconds (to take away the audience) and then come back and repeat your words of acknowledgement. Continue the cycle of going away and coming back until the child begins to calm down.