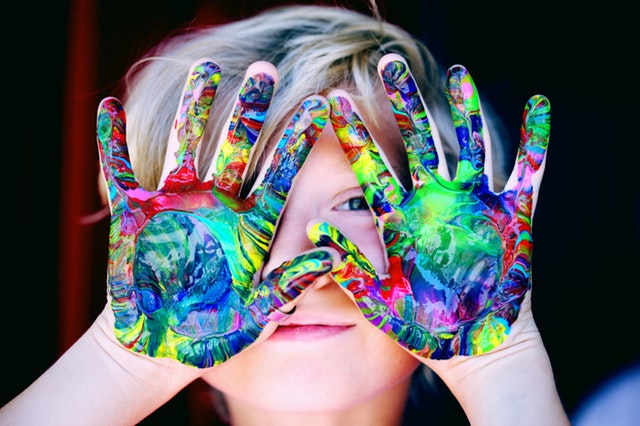 The Many Mood Swings of the Terrible Twos

The life of a two-year-old isn’t always easy.

One minute you might be happily coloring with your new markers, and the next your mom snatches them from your hand and scolds you for drawing on the wallpaper. At the moment, nothing can feel more devastating.

Anyone who’s parented a toddler knows what happens next. The young artist bursts into tears, possibly hits mom, throws the nearest object or runs away. Of course, as soon as she sees another cool, new toy, she’ll settle right down.

It’s perfectly normal to have a moody toddler, but that doesn’t make it any less frustrating. Understanding what life is like in the world of a toddler can help you learn how to deal with terrible twos.

Your toddler has a very limited concept of time. When he wants something, all he knows is that he wants it now. Not in five minutes, not in an hour (what’s an hour, anyway?). As such, when he doesn’t get his peanut butter and jelly exactly when he’s hungry, he may think he’ll never get his sandwich, even if you’re already in the process of spreading the jelly.

In some cases, the tears will stop as soon as you hand your toddler his lunch (or whatever it is he’s asking for). In many other situations, your toddler is making a request you can’t oblige. No, he can’t play with your kitchen knife. No, he can’t have candy before dinner.

Being told “no” isn’t fun, but luckily you can use that limited concept of time to your advantage, Parents explained. You can’t take him to the park right now, but he can play with his dinosaurs or his blocks. A new distraction becomes his new focus, and he’ll be happy once more.

Your toddler knows exactly what she wants. Unfortunately, she might not have the vocabulary to dictate that want. Even if she does, it might come out sounding like slurred and garbled nonsense. If parents had a nickel for every time they asked their child “what?,” they’d have very heavy pockets.

Not being able to clearly express their wants and needs is the source behind many toddler meltdowns. When your 18-month-old wants a cup of apple juice, but doesn’t know the word “apple” and can only ask for juice, she feels frustrated when she’s handed a cup of orange. She might yell, cry or throw the juice on the ground.

In time, she’ll learn the word “apple” and know how to ask for what she wants. Until then, be careful to communicate the names of her favorite items whenever possible to help her learn. When you pick up the apple juice, say “This apple juice is yummy” or “Do you want the apple juice?”

Additionally, teaching your child some simple baby signs can help alleviate language frustrations, LiveStrong explained. For example, to sign for “apple,” make your hand into a fist with your index knuckle extended. Touch the knuckle to your cheek and twist.

When something has upset your toddler, all he knows is there’s a burning rage inside him. He might not know the words “mad,” “sad” or “frustrated.” He probably doesn’t know how to properly express those emotions, either; he’s only just developed them, after all.

Help your toddler learn about his emotions and how to display them. When his older brother knocks over his block tower, he feels mad. He might pick up his blocks and throw them at his brother. Tell your toddler, “That must have made you feel really mad.” Vocabulary will help your child understand that feeling mad is normal. Teach him that’s it’s OK to feel mad, but not OK to throw blocks.

Help your toddler learn about all his emotions, not just the negative ones. Help him identify when he’s happy, excited, sad, frustrated or mad. In time, he’ll not only learn how to determine his own emotions, but he’ll also start recognizing these in others – the first steps toward developing empathy, Parents noted.

Dealing with tantrums isn’t easy, especially when you’re in public or witnessing the third meltdown of a very tough day. It’s important to let your toddler know that throwing a fit isn’t the way to get what he wants.

Wait for him to calm down, then get to the bottom of the problem. In time, your toddler will develop a bigger vocabulary, a realistic concept of time and the emotional intelligence to stay calm, even when frustrated – it’s all a part of growing up.