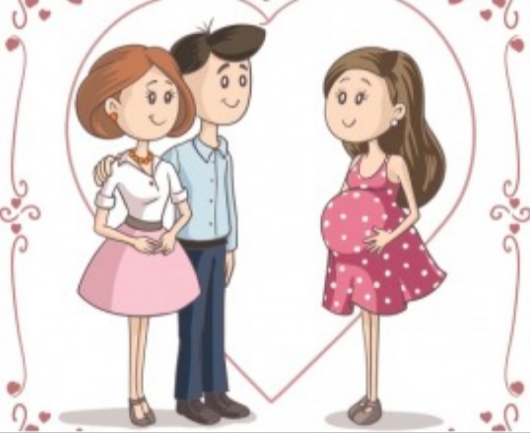 What is gestational surrogacy?

Gestational surrogacy is an arrangement in which a woman carries and delivers a baby for another person or couple. The woman who carries the baby is the gestational surrogate, or gestational carrier. The parents-to-be are known as the intended parents, and they are involved in the pregnancy, can be present at the birth, and become the child’s parents after the baby is born.

Without a donor embryo, in vitro fertilization (IVF) is necessary because eggs from one woman are used to create embryos to be implanted in another woman’s uterus. In IVF, fertilization occurs after eggs and sperm are combined in a laboratory. One or more of the resulting embryos are then transferred to the gestational surrogate’s uterus.

Is using a gestational surrogate for me?

Using a gestational surrogate may be a good option if:

What are the challenges of gestational surrogacy?

Whether you set up the arrangement through an agency or negotiate it privately, using a gestational surrogate is a legally complex and emotionally intense process. If you decide to go this route, be prepared to commit a lot of time, money, and patience.

Most states don’t have specific laws covering gestational surrogacy, so it’s important to work with a licensed attorney in your state who has expertise in third-party reproduction. An attorney can advise you on your options and draft a legally binding contract.

We’ve decided to try gestational surrogacy. How do we get started?

Get ready for a complex process that can be stressful. Although you won’t carry the baby, you’ll be very involved in the pregnancy. You’ll probably pay the gestational surrogate’s expenses, including medical appointments, health insurance bills, travel costs, legal bills, and agency fees (if you’re using one). Here’s how to get started:

2. See a fertility counselor. Most doctors require that you and the gestational surrogate speak with a mental health professional (individually and together) to help you consider the pros and cons of the arrangement, process your emotions, and discuss the potential impact of a relationship with each other.

3. Schedule a medical exam for the genetic parents. If you’re using your own eggs or sperm, you’ll have a checkup and genetic evaluation to make sure you’re healthy enough for IVF. (If you’re using donated sperm, eggs, or a donor embryo, they’ll be screened during the donation process.)

4. Schedule exams for the gestational surrogate. She’ll need to have a medical exam and drug screen, and her partner or spouse will undergo psychological and medical screening as well.

How does gestational surrogacy work with fresh eggs?

Your doctor uses IVF to produce one or more embryos that will be transferred to the surrogate. Here’s how it works:

How does gestational surrogacy work with frozen eggs?

How does gestational surrogacy work with frozen embryos?

Using frozen embryos is similar to the process for using frozen eggs. Menstrual cycles don’t need to be synced, and the surrogate only needs to take medication to prepare her uterus for a possible pregnancy before the embryos are thawed and transferred into her uterus.

How long does gestational surrogacy take?

Finding a healthy, willing gestational surrogate can take months or even years, whether you screen candidates through an agency, decide to ask a friend or relative, or search for someone online.

Once you’ve finalized the agreement and have begun treatment, it can take at least three or four IVF cycles to achieve a successful pregnancy. Each IVF cycle takes four to six weeks.

Using your own eggs, your chance of having a baby through gestational surrogacy is as good as or higher than that of a woman your age using traditional IVF.

With frozen embryos using the intended mother’s eggs, the birth rates per cycle were:

What are the pros of gestational surrogacy?

What are the cons of gestational surrogacy?

How much does gestational surrogacy cost?

Most people find a gestational surrogate through an agency, and the cost can be almost $150,000. Here’s an estimated breakdown:

If you liked this article, you can find more interesting topics in our blog www.tip4mom.com

Is it normal to have abdominal pain during pregnancy?

Occasional abdominal pain during pregnancy is a common and often harmless complaint, but it can also be a sign of a serious problem. Never ignore severe or persistent abdominal pain. Call your healthcare provider if your pain doesn’t go away after several minutes of rest, or if you also have any of the following:

Is it normal to have mild pain with cramping during pregnancy?

Yes, a little bit of pain with cramping in early pregnancy is common. Later in pregnancy, cramps might be harmless Braxton-Hicks contractions or round ligament pain. And occasional mild cramps throughout pregnancy without any other symptoms are usually nothing to worry about.

When is it not normal to have pain with cramping during pregnancy?

It’s not normal to have cramping during pregnancy with pain that’s severe, persistent, or accompanied by other symptoms, such as nausea, vomiting, vaginal bleeding, headache, or fever. Pain with cramps and vaginal bleeding in early pregnancy can be a sign of ectopic pregnancy or miscarriage.

It’s also not normal to have any pain in the upper abdomen. And if your abdomen is unusually sensitive to touch, especially when pressure is released, a serious abdominal infection (peritonitis) could be the culprit.

Gas and bloating: You’re much more likely to have gas pain and bloating during pregnancy because of hormones that slow your digestion and the pressure of your growing uterus on your stomach and intestines.

Constipation: Pregnancy hormones that slow down your digestion and the pressure of your growing uterus on your rectum can lead to constipation.

Cramping during orgasm: You may notice a bit of cramping during or right after an orgasm. As long as it’s mild and short-lived, it’s perfectly normal and nothing to be alarmed about.

Round ligament pain: Round ligament pain is generally a brief, sharp, stabbing pain or a dull ache that you may feel on one or both sides of your lower abdomen or deep in your groin. It usually starts in your second trimester when the ligaments in your pelvis that support your uterus begin to stretch and thicken to accommodate its growing size.

You may feel a short, sharp pain if you suddenly change position, such as when you get out of bed or up from a chair or when you cough, roll over in bed, or get out of the bathtub. Or you may feel a dull ache after an especially active day. Call your provider if this discomfort continues even after you’ve rested.

Call your provider if:

What serious problems cause abdominal pain during pregnancy?

An ectopic pregnancy occurs when a fertilized egg implants outside the uterus, typically in one of the fallopian tubes. It may cause cramping in early pregnancy and other symptoms.

Miscarriage is the loss of a pregnancy in the first 20 weeks. Vaginal spotting or bleeding is usually the first symptom, followed by abdominal pain a few hours to a few days later.

Placental abruption is a life-threatening condition in which your placenta separates from your uterus, partially or completely, before your baby is born.

Preeclampsia is a serious pregnancy complication that causes changes in your blood vessels and can affect organs including your liver, kidneys, brain, and the placenta. You’re diagnosed with preeclampsia if you have high blood pressure after 20 weeks of pregnancy and protein in your urine, liver or kidney abnormalities, persistent headaches, or vision changes.

Being pregnant makes you more susceptible to urinary tract infections of all kinds, including kidney infections. It’s important to call your provider if you think you might have a bladder infection because it can lead to a kidney infection, which can cause serious illness and premature labor if left untreated.

Other causes of abdominal pain during pregnancy

Many other conditions can cause abdominal pain, whether you’re pregnant or not. Some of the most common causes of abdominal pain during pregnancy include:

Both gallbladder disease and pancreatitis are often a result of gallstones, which are more common during pregnancy. Fibroids may grow during pregnancy and cause discomfort. And the pressure of the growing uterus on previously scarred intestinal tissue may cause bowel obstruction, which is most likely to occur in the third trimester.

Is there anything I can do to relieve abdominal pain during pregnancy?

If you have minor pain and no symptoms of anything more serious, try these tips to relieve abdominal pain: